All fight and not enough flight, that’s our problem

Last week, there was a post on Instagram quoting New York Governor Cuomo that caught my attention:

“We go out there today and we kick coronavirus ass”

Even though I think that the governor is a good guy, the feeling cannot leave me that such attitude is exactly at the core of many problems that we face in the modern history of mankind.

Evolution equipped us, people (and other mammals), with several basic instincts over the millions of years. One in the core is famous ‘fight or flight’. According to Walter Brandon Cannon, who first described it in his book Wisdom of the Body (1932): “The fight-or-flight response (also called the acute stress response) is a physiological reaction that occurs in response to a perceived harmful event, attack, or threat to survival” [1], [2], [3].

We see (or better say ‘perceive’) a threat, then complex array of functions kick-off in our organism and we respond. Either fight, i.e. stay and deal with the danger or flee to safety. How do we decide which one to choose? Not easy to describe. Our response is determined by a complex assessment of the situation, based on our experience, training, mental state. It is important to realize that fight or flight response starts automatically and it is not always accurate — in situations where our body responds but there is no actual threat.

Even though I don’t posses any formal education in psychology, allow me to argue that namely in developed countries:

There are ways how to deal with #1 — as many times the threat is ‘just’ perceived and even if not, we could train or alter our system with meditation, breathing exercises, physical exercises, shut down media, etc. One can find tons of material on internet to learn more.

What about #2? Why do I say that we lost balance? During millions of year, humanoids were only one small element of nature. Yes, we were powerful specie but there were others with much sharper teeth and claws. We lived in nature that gave us food and shelter but at the same time presented us with many risks daily, either due to our activities of hunting and foraging or independently of our actions — earthquakes, weather, volcanoes, tsunamis.

We had to live in harmony with nature, we had to understand the risks in order to survive. There was a balance, for millions of years, between how often we applied either fight or flight response. There were many moments when fight was the appropriate reaction but also many when it was better to flee.

Not any longer. Only during the last couple of centuries, we convinced ourselves that we are the most powerful specie, that nature is here for us, that we could take and consume anything we want from her. We became arrogant. We became aggressive. A combination of arrogance and aggression leads to the overuse of the fight response. We think that we don’t have to flee anymore. Why hunker down, why run away, why stay quiet when we are the masters?

So, we fight. We fight weather (we try), we fight each other, we fight other nations, we fight viruses, we fight sharks. Fight becomes normal. Tolerated. Accepted. Rewarded. Glorified.

It all became crystal clear to me during our present ‘health crisis’. There comes a virus which infects people. Let’s not forget that’s the virus’ job — to infect people and spread. Even despite many virology experts saying that this particular coronavirus is not Ebola, is not much worse than common flu (more about that in just a second). We don’t care. We have something to fight so we crack on it. We mobilize, we restrict, we close, we kick ass, we simply fight. Instead of letting go and allowing nature, our well-equipped immune system to deal with the virus.

Quick statistics to illustrate the case: in 2017 globally, 56 million people died. 70% (39,2 million) from non-communicable, chronic diseases. 4,4% (2,4 million) from lower respiratory diseases. Up until today (May 4), number of Covid-19 caused deaths reached 248,286. (Source: Worldometer [4]). Not even taking into account how many of those unfortunate people died of something else but had the virus too as we see reports from many countries that every death is now attributed to the coronavirus regardless to the real cause.

In my home country Czech Republic, 112,920 people died in 2018. Out of the total, 8,315 passed away due to respiratory tract diseases. Up until today (May 4), number of Covid-19 caused deaths reached 248. 0,2% of total deaths in 2018 or 3,0% of respiratory tract related deaths. For the most impacted country so far, USA, detailed weekly statistics could be found for example on the Mises Institute website [5].

We will see the accurate outcome only in the rear-view mirror, nevertheless are we already missing something? Half of the world in lock-down? Millions of people without jobs? Small and medium businesses going bankrupt? Big businesses receiving billions in subsidies? Trillions of wealth wasted? Higher levels of domestic abuse, depressions, alcoholism, suicides? Can’t go to the park or to the beach with 2 or more friends?

It seems that we make things much worse due to our arrogant and aggressive response. I don’t argue that we should do nothing. Let’s use face masks, they cost close to nothing. Let’s protect people in vulnerable risk groups. Let’s perhaps restrict mass gatherings for some time. However, what we see in many countries around the world today is a complete arrogance and even misuse of political power. That’s what Richard Powers in his book ‘The Overstory’ calls “the total power of panicked nation in pursuit of impossible safety” [6]. Hard to challenge when the establishment keeps telling us “it’s about saving lives”.

Talking about ‘vulnerable risk groups’: what is it that the vast majority of fatalities have in common? Pre-existing medical conditions that are largely ‘civilization diseases’: obesity, diabetes, hypertension, other heart and lung conditions. What is responsible for those conditions? Lifestyle, nutrition, pollution, smoking, drinking and lack of exercise. In another words, people choose certain lifestyle which makes them sick. We can argue that’s due to some corporations producing and advertising crap food or governments who allow or even support that or the healthcare industry which is only interested in sick people as opposed to healthy people or our modern capitalism that creates unbelievable inequality in income and education — complex but at the end person’s lifestyle is personal responsibility from my view. Our modern medicine postpones otherwise likely death of those people by medicaments, surgeries etc. without addressing the underlining causes. Then the virus comes which overrides modern medicine and kills some of those already sick people.

What do we do? We panic and fight. Instead, what if we had spent a fraction of the money (presently thrown as a life-line to corporations with weak balance sheets) on education about healthy lifestyle and nutrition? What if we had invested consistently into sustainable energy solutions instead of keep burning coal and oil? What if we had made multinational corporations and top 1% of wealthy people pay their fair or even unfair share of taxes? What if we had invested those taxes even more into education so that more people benefit and come out of poverty trap? What if we had cooperated globally to address some of those underlining planetary challenges instead of our nations fighting each other for resources, power and money?

I don’t know how to answer these questions. However, many of us intuitively feel that such world order would be better than what we have now. Many of us know for sure that Avatar’s Pandora is healthier ecosystem than what we, ‘Sky People’, enjoy nowadays. If you had to choose — would you rather live on Tatooine or Naboo? Yes, I watch too many sci-fi movies 😉 Better than news…

How to get there? I really don’t know and am rather pessimistic. We would have to evolve to another specie. Stop fighting, or fleeing for that matter. Become Homo Humilem.

This article was first published at Medium.com.

[3] Kendra Cherry: What is the fight or flight response (Very Well Mind)

[5] Ryan McMaken: As of Late March, Weekly Mortality Data Has Yet to Show a Surge (Mises Institute)

Subscribe to the #surviveyourlife monthly newsletter and get one of the ExFitt exercises for free:

A crisp video showing one of the ExFitt workouts is here waiting for you. I developed this ExFitt 6-Pack Series Workout with two aims in mind: build abs strong and visible while at the same time protecting spine. All of us were used to do many sit-ups to strengthen our abdominals. However, sit-ups put a lot of strain on lower back and especially for people like me, with history of herniated disks – better stay away from sit-ups! There’s only one way to get this workout video — by subscribing to my monthly email digest here: 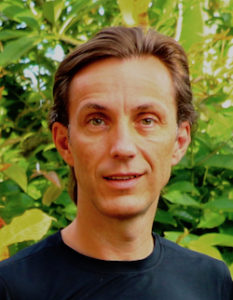 I am passionate about living epic life. Sports, family, friends, work, self. How to really find the balance? During my 25+ years of corporate executive career ‘life took over’ and I started neglecting my body (among other things). Too much sitting, standing, not enough physical activity, family + work juggling. SOUNDS FAMILIAR? Yes, I’ve been there too.

Get your free workout now!